The countdown to Limerick LGBTQ Pride Festival 2019 officially began with the press launch at the Clayton Hotel in Limerick City on Monday, June 10.

At the press launch Lisa Daly, Chairperson Limerick LGBTQ Pride 2019 said, “We are thrilled to be able to offer a fantastic line up for Limerick LGBTQ Pride Festival 2019, running from Friday, July 5 until Sunday, July 14 with the Parade on Saturday, July 13. There is something for everyone culminating in the annual Pride Parade and the PrideFest party directly after the Parade at the Hunt Museum. We want to welcome everyone to join us in celebrating LGBTQ culture in Limerick and show Limerick for the truly open and accepting city that she is.  Our theme this year is ‘World Pride’ as we mark the 50th Anniversary of the Stonewall Uprising and a half-century of LGBTQIA+ liberation.”

Richard Lynch, PRO Limerick Pride said, “The Stonewall riots were a series of spontaneous demonstrations by members of the LGBT community against a police raid that took place in the early morning hours of June 28, 1969, at the Stonewall Inn in the Greenwich Village neighborhood of Manhattan, New York City. They are widely considered to constitute the most important event leading to the gay liberation movement and the modern fight for LGBT rights in the world.”

The Pride committee is delighted to announce this year’s Grand Marshall as Moninne Griffith, Executive Director of BeLonG To Youth Services, a national organisation supporting lesbian, gay, bisexual, transgender, and intersex (LGBTI+) young people in Ireland. Moninne is a passionate social activist with over 20 years’ experience in the fields of advocacy, law and social justice.  After spending 8 years as Director of Marriage Equality, a single-issue organisation working for, and historically achieving, equality for same-sex couples in Ireland, Moninne is acutely aware of the needs and challenges of the LGBT+ community in Ireland today. Moninne was Chair of the Government’s Gender Recognition Act Review Group and was also a member of their LGBTI+ Youth Strategy oversight committee. Moninne was also a member of the Government’s Taskforce on Youth Mental Health and is a former Chairperson of the National Women’s Council of Ireland.

Moninne said, “Pride this year marks the 50th anniversary of the Stonewall uprising – the birthplace of the LGBTI+ rights movement.  Pride was made possible by brave members of the LGBTI+ community who took a stand for LGBTI+ equality in New York and by activists all over the world, including Ireland who still fights for LGBTI+ equality today. I am proud as Grand Marshall of Limerick Parade to march alongside everyone who is marking Pride in a way that feels right for them  – as a protest, as a celebration, as a community. Together we will celebrate how far we have come and continue to fight for equality, safety, health, and wellbeing for all our LGBTI+ communities.”

Limerick Pride LGBTQ Festival 2019 will be taking place starting from Friday, July 5 until Sunday, July 14 with the Parade on Saturday, July 13 and will feature a multitude of events from workshops, support meetings and discussions to evenings of music and club nights, to cater to the Pride needs of everyone. Lisa Daly, Chairperson Pride added, “All events for 2019 reflect the breadth and depth of our LGBTQIA+ community. From the iconic nature of our Pride March to our newer events, we’ve created events with our entire community in mind.”

On Friday, July 5,  Limerick Pride’s Official Launch will be held at McGettigans Pub at Limerick City Hotel from 6pm to 8pm with free finger food, and performances followed by music from DJ Eamonn on the night.

On Monday, July 8, Tattoo Pride Pop Up will take place from 11am-5pm at Chapel Street Custom Tattoo with a special price for a pride tattoo (selection will be available on our social media platforms).

Pride Table Quiz at McGettigans Pub at Limerick City Hotel from 8pm, great prizes to be won on the night.

On Tuesday, July 9,  Print with Pride takes place at Limerick Printmakers Studio & Gallery in Johns Square from 4.30pm to 6pm. This is a free event where you can bring along your t-shirts, jumpers, tote bags, or simply use some of the paper at the event, to create your own custom Limerick Pride Silk Screen art piece.

On Wednesday, July 10, Make Up tutorial class with Jake Meehan, international Makeup Artist, social influencer and Inglot IRE Pro Team Member.  This is a ticketed event with full details to be announced.

On Thursday, July  11, Queens on the Cobbles takes place at Cobblestones Joes at 9pm. This free entry open mic event was a great success last year and promises to be a great evening, with loads of different types of entertainment such as comedy, drag performances to live music.

Walk and Talk of Limerick’s history with a good fun gay slant begins at Arthurs Quay at 7pm. It will last for two hours with a coffee/beer stop.

‘T’was the night before Pride’, a free entry traditional pre-pride party with guest DJ’s and camp classics will take place at Mickey Martins from 9pm-1am.

On Saturday, July 13, the Limerick Pride Parade, will bring some extra colour and music to Limerick City Centre, gathering at City Hall at 1.30pm the Parade will make its way at 2.30pm sharp up O’Connell Street, across Mallow Street to Henry Street, past Arthurs Quay Park and ending at the Hunt Museum for PrideFest 2019 a showcase of local LGBT culture in Limerick in a lavish marquee in the museum gardens from 3pm – 6pm. This is a free family-friendly event with a free bouncing castle for kids, cone van, cafe and bar on site, live music from Cork duo Sparkle, with plenty of entertainment.

That night after Pridefest, for the first time in Limerick a Rupaul’s Dragrace queen, Jujubee will headline the Pride Climax Party. From 8.30pm Dolan’s Warehouse will light up for this year’s party with acts from across the globe. Victoria Secret from Dragged Up is your host for the evening with performances from Emmett Daly, Michelle Grimes, Letycha Le’Synn and Carrie Deway. With three venues, three DJs, including Saved by The 90’s upstairs in Dolans & Alter Ego in the Kasbah Club. Pre-tickets are on sale & can be purchased online for €15 or €30 for the Jujubee Meet & Greet at www.dolans.ie or Ticketmaster.ie.

On Sunday, July 14, Unwind with Pride at Mickey Martins a free entry event to unwind with friends over food & drinks.

This year’s Pride will have an educational aspect. Support meetings will be held during the week for youth, adult and trans groups. GOSHH, 18 Davis Street will provide Rapid HIV testing at different points in the week. Call GOSHH at 061 314354 or email info@goshh.ie for more information. 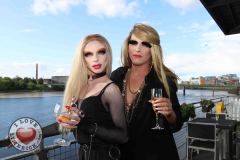 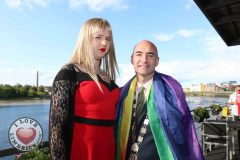 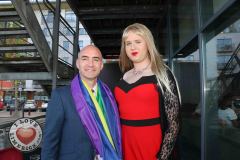 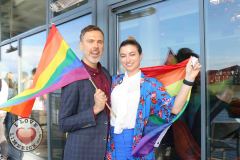 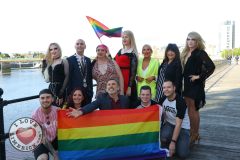 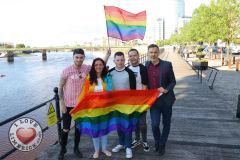 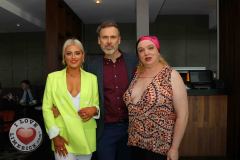 no images were found

Reach out to Limerick Pride.